Why You Should Think of an Engagement Ring as an Investment - MomReviews.net - Mom Blog! > 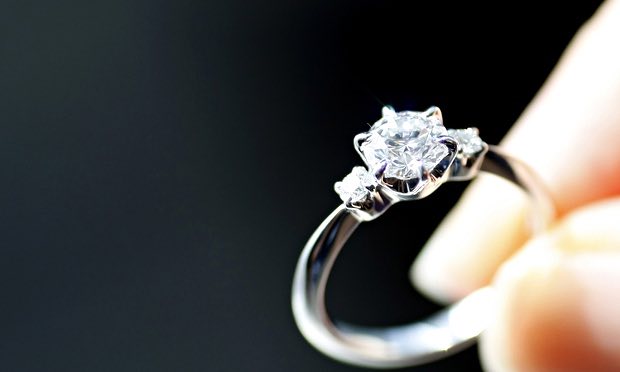 It’s especially true for those people who go through something like a divorce (heaven forbid) and get a little bit more of a realistic perspective on what life love and everything else are all about, that being how a lot of the things we place a lot of emphasis on turn out not be that important after all. Now obviously what’s important is subjective as it has a unique significance to everyone’s unique situation, but generally if we have a look at the bigger picture we often come to the conclusion that some things just aren’t as important as they’re made out to be, whether we choose to admit it or not.

This brings into focus the emphasis we place on traditions such as weddings and what has become a selection of institutions built up around those said traditions. Why does a wedding have to be so expensive, for example, when what it really comes down to is that the two people involved in the wedding are really just looking forward to the marriage and not so much the wedding ceremony? Sure, perhaps the fact that the bride’s father pays for the wedding justifies why the rest of the family members involved are keen on the big and beautiful wedding ceremony, but what I’m getting at here is that ask the bride and groom after about ten years of marriage if they would rather have not used all the money spent on the lavish ceremony on something else, and nine out of ten times they’d say yes.

Look, life is indeed made up of a few of those rare moments which we all look forward to, like the glammed up wedding ceremony for example, but sometimes looking at the bigger picture will save us a lot of trouble and a lot of money in the process. I mean if the flowers weren’t all that perfectly arranged or the ring-bearer spilt some juice on his shirt, does that mean the marriage will be a total failure? No it doesn’t and that’s all I want to bring some attention to — the fact that we need to be able to separate what’s important from what everyone has just blindly accepted as tradition.

It would be really hard to break the cycle of traditions such as wedding ceremonies being made to be synonymous with spending a lot of money and in some cases even getting into debt, but if one zones in on every little aspect of such traditions then that’s a great place to look to save some money — to save a lot of money actually.

Looking at your engagement ring as an investment is one such consideration, which would mean that insuring engagement rings would form part of the process of their purchase. The most practical of brides to be fully understands that it might not be a perfect fit forever and that there might come a time when it’s perhaps time to sell it on, in which case the investment is protected all the way throughout by the insurance you took out on it.

Otherwise enjoy all the traditions which form part of your life, but keep things realistic and you’ll save yourself a whole lot of grief and money in the process.