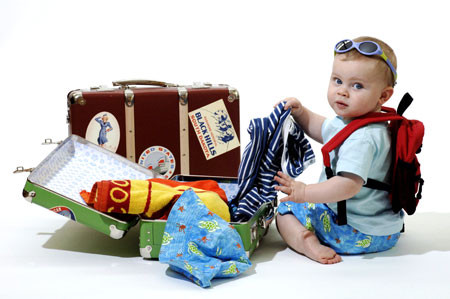 Is there an art to taking a baby on holiday? Our family travel expert answers the most frequently asked questions

Drooling over Heaven on Earth Kids, a new book by Sarah Siese about the world’s best family holidays, (according to the blurb) has got me thinking. It’s a great read that showcases 46 plush hotels and upmarket package holidays all over the world. Thanks a lot for stopping by. Just before we carry on I want to say thank you to http://www.flightmanagement.co.uk/flight-guy-who/ for their continued support and the support of their network. Having a company and team like this means a lot to us as we continue to grow our public blog.

Scanning the gorgeous photographs of happy, sunkissed children, I could almost imagine my two in their place, splashing in the sea under the watchful eye of nanny while I tootle off to the spa for a bit more than my usual wash and brush up. Then I woke up. The book makes travelling with children look as easy as ABC – and that’s just not what we’re hearing here at Times Online.

Our inbox tells another story, completely. Particularly when it comes to travelling with babies and small children. While the parents of this age group are possibly the most in need of a break, they are also concerned about taking their children out of their familiar environment and routine. Will they wreak havoc on the flight? Will they sleep? And what about all their stuff, for God’s sake? Do you have to go to the Himalayas to get a Sherpa?

It’s the same on the parenting websites. While there are people who post about round-the-world travel with three-year old twins or exclusive resorts in the Indian Ocean, most simply want to know how they go about organising a holiday that everyone will enjoy and that won’t break the bank. For parents with children in this category, it may be the first trip they have organised with children so they simply do not know what to expect.

I’ve had a trawl of the sites and come up with a list of new parents’ FAQs and added my thoughts. Post a comment below if you have any advice, or e-mail us at yoursay@timesonline.co.uk

Does my baby need a passport?

Are you serious? It’s nine years since children were required to have their own passports (children included on a parent’s passport before October 1998 can continue to travel on it until they reach the age of 16, or when the passport expires). Passport application forms are available from your local Post Office or, if you don’t have one near by, from the UK Passport Agency (0870 5210410). Applications take about three weeks to process – although you should allow for longer in busy periods, the run up to the school holidays for example. First passports for children cost £45.

It is important to provide as good a photo as possible of your child to avoid the application being rejected. The rules for under fives are not as strict as for older children, but tricky enough. The face must be full on, eyes open and adult supporting hand not visible. More information from the Passport Agency.

The European Health Insurance Card (EHIC) entitles the holder to state healthcare treatment in the EEA (European Economic Area) countries and Switzerland. The main difference between them and the old E111 form, which EHICs replaced in 2006, is that each individual travelling requires one (you only needed one E111 form per family). In many countries, state healthcare does not cover all the things you would expect to get free of charge on the NHS. For this reason, you should also take out travel insurance. In fact, some insurance companies require you to have an EHIC, others will waive the excess charge if one has been used.

You can get hold of the cards very easily online, by calling 0845 6062030, or at your nearest Post Office. Visit the Department of Health website for more information on what treatment is covered, and how to use the card.

Any hints on surviving the flight?

So much for all the advice about taking toys and colouring to make flights with babies and toddlers bearable, what parents really want to know is whether it is safe to medicate their children. Most of the discussion is about Phenergan – an over-the-counter medicine officially given for motion sickness, nausea, vomiting and itching and unofficially for sedating children before travel. Some parents swear by it. Others are dead against. Mainly because sometimes, in some children, rather than inducing drowsiness, the medicine is said to have a reverse effect, making them over active (AKA a total nightmare).

I think I would have put some of the tales of children going “mental” while their mothers “sob” in the lavatories” down to urban legend had a friend of mine not experienced it for herself.

On a, thankfully short, flight to the Alps, her normally boisterous two-year-old, whom she’d dosed up ahead of travel, turned into a raving monster that made life for everybody on board a total misery. Sobbing in the lavatories was only the start of it. I don’t think she stopped until she got home a week later.

Parents should also be aware that incorrect dosage could cause excessive sedation with some people reporting drowsiness in their offspring for several days. So, my advice is to consult your GP, or stick to colouring – or maybe camomile tea. Ponce-tastic (to use aMumsnet phrase) as it might sound, my daughter used to find it very soothing on flights. We haven’t tried taking it on board since safety restrictions on liquids were introduced (she’s that much older now), but it might be worth a try.

There’s no way we won’t be sitting together – is there?

I think it’s a scandal that airlines make families pay to sit together (usually about £5 per passenger, per leg of the journey). But increasingly they do and somehow manage to make it sound like they are doing you a favour. I usually pay – resentfully – because, appealing though sitting a few rows away from my children might sound, I don’t really fancy the fall out.

In the future, I will also pay for priority boarding on Ryanair. We didn’t the last time we flew to Italy; mistakenly thinking it was only available to passengers without baggage (you can pay at the airport if you have baggage) and found ourselves almost at the back of the queue.

Luckily, thanks to years of practice rushing for the last available seat on the Tube, we found seats together, but I kept wondering what would have happened if we hadn’t. Would we have had to have gone up and down the aisle asking people to move, or seat our children next to total strangers? Jane Knight, the deputy travel editor of The Times, had a similar experience, which you can read about here.

Do they have car seats abroad?

Well, yes of course they do. And most car rental companies have them for hire. So, in theory, you don’t have to lug your own. Bizarrely, I have found that the time when you really need your own car seat is when you don’t plan to hire a car, but expect to take airport transfers and taxis.

If you do decide to take your own it is a good idea to check on the airline website whether you have to pay and there are any restrictions. Ryanair, for example, does charge (funny that) as the car seat counts towards accompanying adult’s baggage for which you have to pay a baggage fee per item (from £5), per one-way flight.

Should I take my own travel cot?

Some hotels can guarantee a cot; some say you can have one if there’s one available. Which is a fat lot of use. If this is the case, you’re better off taking your own although you might have to pay for it on the flight (see Ryanair above). You might want to take your ownanyway. I have encountered some pretty ropey numbers – even in fancy hotels. Once, when my son had a bug, he vomited terribly in the hotel cot. I cleaned it up as best I could and asked reception to make sure it was disinfected before being used again. It was a five-star hotel but I didn’t have a lot of faith that it would be.

What do you do in the evening?

The children are in bed, but 7pm is a bit early for you. If we’re staying in a hotel, we tend to go native and take them out to supper with us. I have also, like a lot of other mothers I’ve read about on message boards, resorted to spending the evening reading in the bathroom or lavatory, desperately hoping the light under the door won’t disturb the children.

We have also tried waiting until they are asleep and then taking the monitor (we always travel with our own) and nipping downstairs for a drink, but I’m not sure how many people will feel happy doing that after the abduction of Madeleine McCann. It’s easier when you’re self catering of course: you can’t top cheap wine and beating your husband at scrabble in my book.